According to recent government data; nearly 20 Veterans and 1 service member commit suicide every day, equating to over 7,000 suicides per year. Despite its best, noble efforts, the US government has struggled to deal with the scope of this problem. For instance, the VA’s Suicide Crisis Hotline was embroiled in controversy when reports surfaced that many Veterans were being put on hold or redirected to backup call centers.

We were approached by Objective Zero in hopes of using their expertise and proven track record to solve this colossal problem. One of the main concerns was to deliver a top-notch product while under extensive time constraints. We took this as our moral responsibility to give back to US Veterans and approached this project as our own, ultimately producing an astounding end-product. 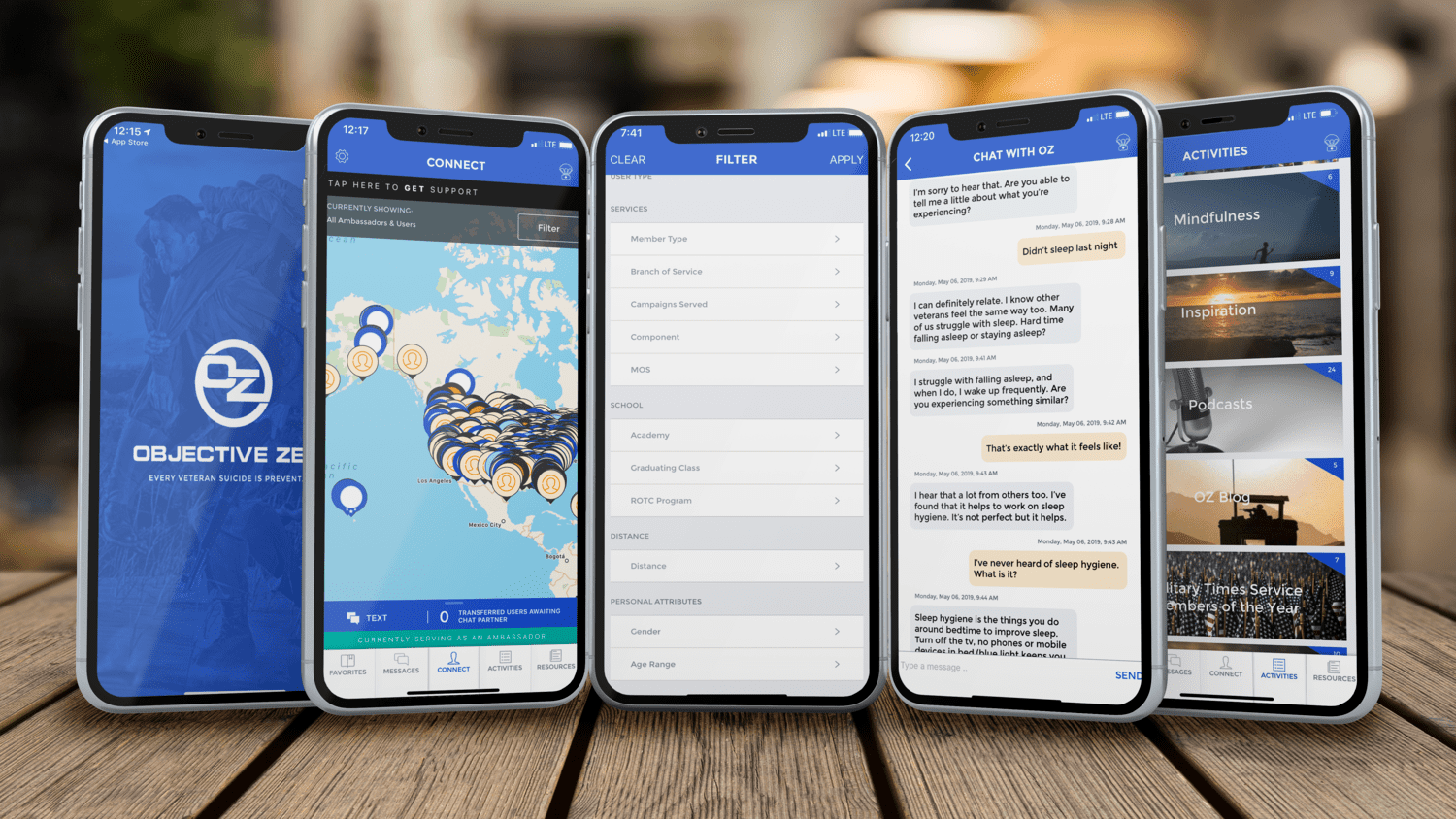